For my modern Africa games, I wanted the stands to easily note the quality of the troops.  I decided on 4 militia to a base, 3 regulars, and 2 for professional/elite troops.  I also attempted to give the mercenaries an orderly look, but with small individualism between the figures.  This is the look I was attempting. 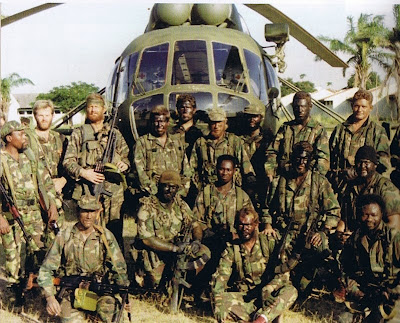 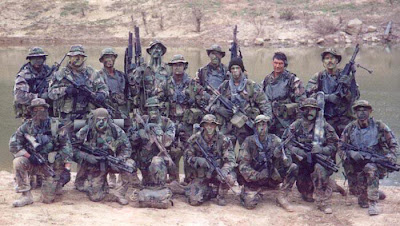 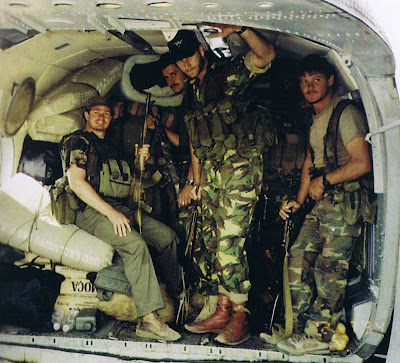 Note the variation in weapons, and slight differences in gear.

These are 15mm Rebel Minis Contractors.  They are more towards 18mm, but look great mixed with the true 15mm Peter Pig stands. 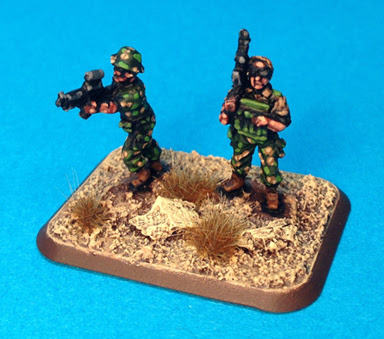 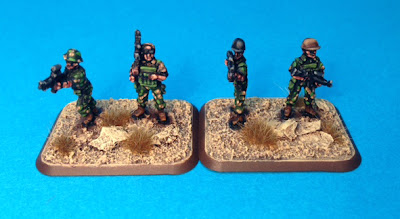 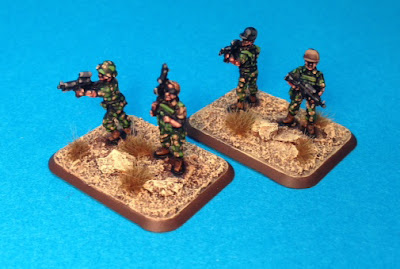 The rest are various lines of Peter Pig miniatures.

Some French Foreign Legion in berets - these were by far my favorite figures of the entire lot that I painted. 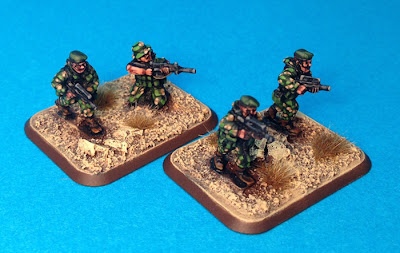 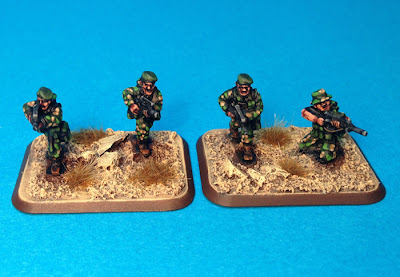 Here is a crazy close up. 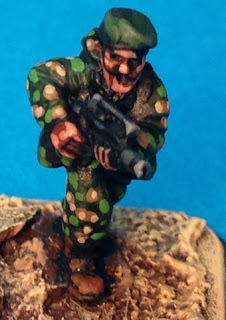 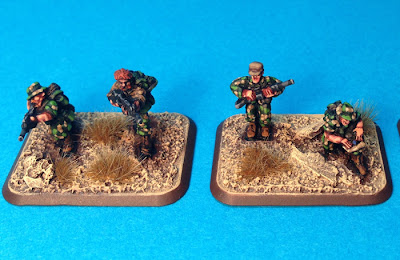 No hat in this red-haired fellow. 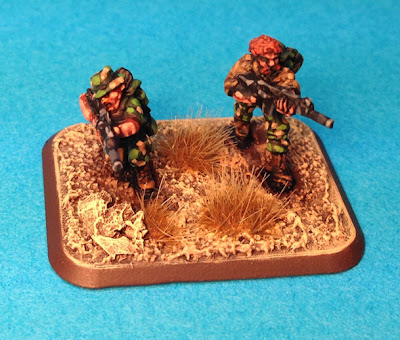 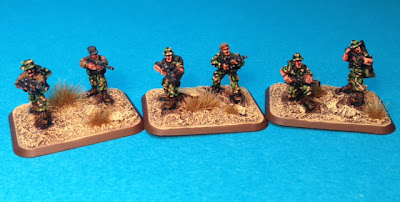 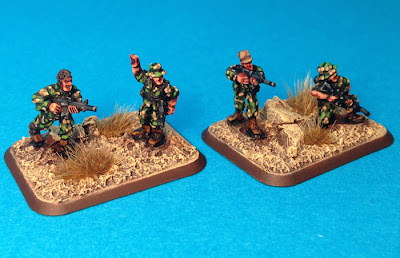 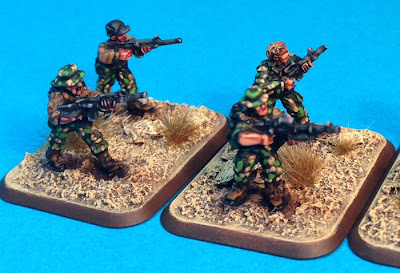 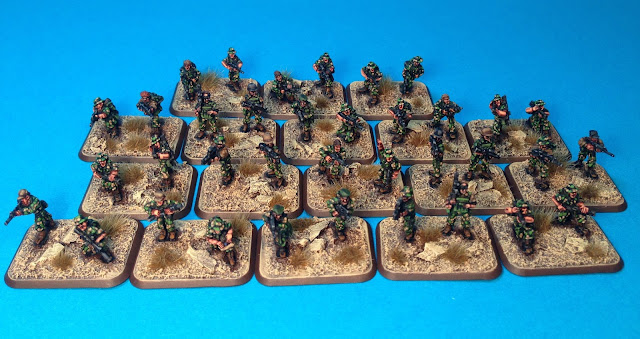 I will post up the sniper team and HMG teams next week.